You love games. We all do. Whether it be playing them or watching others play, there’s no denying that the world of gaming is a gripping one. But what do you do when you want to share your experience with the world? You can’t just be mute the entire time. Twitch and Facebook Gaming have proven that a personality does a lot to draw in the viewers. This means you need a good microphone before you go live.

It may seem a little forward to put together a list of the best microphones for 2020 already. We’ve got a few months to go after all. However, the world of microphones does not move like other parts of the technology world. It tends to stay more stable, with big releases rarer compared to headphones and graphics cards.

With that in mind, however, it is a big world. There are so many kinds out there, and it can be confusing to get started. It’s why I thought I’d make a quick list of three of the best microphones out there, from cheaper options to some high-end, studio-quality items.

Fair warning – no headsets on this list. That’ll be another in the future. 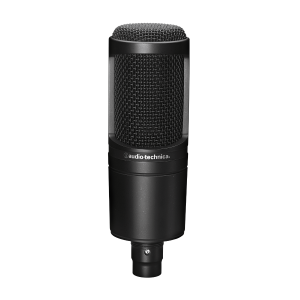 Audio-Technica, or AT, make solid audio equipment. Most people are acquainted with their headphones, but their mics are nothing to sniff at either. The AT 2020 USB is a decent price at $119, and for that cost comes with a lot of handy functionality out of the box. It’s a USB device that can just plug into your computer and, after some brief driver installs, get rolling.

Many people use this microphone for good reason. For many gamers and streamers, the first proper mic they get is this (Or a Blue Yeti, which people either love or hate), and once they try it they often stick with it for a very long time. For the price, it’s a solid sound, easy to set up, and compatible with Mac and PC (and even some consoles).

Some people may not have the cash to drop that much, however. So, what’s an option for the lower end?

Sitting at $69.99, you may not think the HyperX Solocast is a lower-end device if you’re new to the world of audio. Trust me though, these items can get a lot more expensive than this across the board. Sure, it doesn’t have the whole suite of features its companions in its brand boast about, but considering the sound is comparable to some of the pricier mics on the market it’s hard to complain.

The HyperX Solocast is a solid bit of kit for people who want no-frills, just crisp clean audio. It is the easiest plug and play mic I’ve seen for a while, and for many people, that’s all that they want.

But what if you want to go all out? 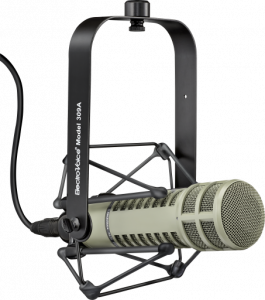 This one is a big jump up from the other two. But there’s a good reason for the $449 price tag. This is a studio-quality microphone that will make anyone pay attention to just how crisp your voice is. With warm highs, mids and lows, and a beautiful cardioid quality to it, it makes sense why it commands the price it does.

Fair warning – you’ll need a device to plug it into, one that provides phantom power and can capture the audio. Something like the Scarlett 2i2 would make a good fit, and whilst it isn’t the most expensive out there it is still around $100, depending on where you get it from. Still, if you’re looking to invest in the future, then you really can’t get much better.

So now you’ve got an idea of where to go and what to go for. Time to go on and show your skills to the world, with your voice crisp and clean alongside it. Get recording, get streaming, get online, and have fun whilst you do it!

Retro Classics Everyone Should Play

There is no denying that the games we play today are much more advanced than the games of the past....