Marvel is an unstoppable force in many people’s minds. For the last ten years, their films have dominated the movie industry. Thousands of people on a daily basis want to know everything there is to know about Marvel and film news, so it’s a good job that somewhere like https://meaww.com/subcategory/movies exists. Without it, we would be left none the wiser about this giant movie franchise. Each wave of releases comes with a sizable amount of hype and excitement from comic and movie fans alike, and people rush to the silver screen when they see that a new one has been released. 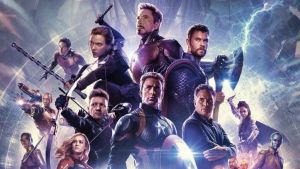 This would have been the same for this year. Another highest gross was most likely in the cards, with a few movies set to release in Phase 4 of their movie empire domination plans. It was going to be another major clean sweep for them.

And then 2020 happened. Yep. The Covid-19 pandemic forced a lot of changes into the world. For the Marvel juggernaut, this meant pushing Black Widow and Eternals into 2021. This was not a move the company took lightly – these were key releases for the year. But with the world changing so fast, and people staying away from the movie theaters (as well as concerns for production team safety), it made sense to hold back.

So, the world ended up not getting some key releases in the world of superhero movies this year. What were people going to watch? Well, before the lockdowns the cinemas were still open, and people were, in fact, coming in to watch another 2020 release in sizable numbers. But what film were they going to see? What on earth could they watch this year?

Sonic the Hedgehog. Yes, the loveable Blue Blur, the Nintendon’t Sega mascot from back in the day. Many fans went to see the film out of nostalgia or to share something of their childhood with their own children. The character has had a bit of a mixed past since then, with some fantastic games like Sonic Mania, and some duds like…

Perhaps the less said about Sonic 06, the better. 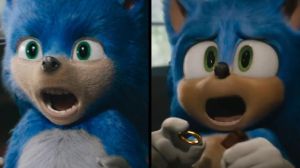 This film was no stranger to controversy. The first design revealed for Sonic was met with a huge amount of backlash from the internet. So much so that they pulled the movie back and redid the design (and a sizable amount of the animation), delaying the launch until 2020.

In a way, that was a twofold blessing. 2020 has been a strange year. Covid-19 has reshaped the world of cinema, and people across the board have stopped going out except for essentials. They don’t want to go see films at the cinema as often anymore. In many places, they can’t. The cinemas are closed. But when they were open, what was the last big film on the screen?

Sonic the Hedgehog is 2020’s biggest superhero film, grossing $308.4 million worldwide against an $85 million production budget. Not only that, but it succeeded in breaking the Marvel streak that has continued for a decade. The film itself was nothing too fancy, the plot a little saccharine, and the watch thoroughly carried by Jim Carry as Dr Robotnik, with a fantastically over the top performance, and yet it is this that has managed to knock Marvel off its throne.

When you consider the summer releases planned for the franchise, I guess the old catchphrase of “You’re too slow!” comes to mind. Disney, the owners of the Marvel brand, has since had plenty of success with their Disney+ streaming platform, but for much of the year they had no real way to put their movies out.

It doesn’t mean a lot in the grand scheme of things, admittedly. In the years to come, no doubt Marvel will bounce back to the top. Still, it means that for one strange year they weren’t the top hog in the market. Nice to see Sonic can still cut it when it counts.