DC Comics hasn’t been slacking despite everything happening this year. Plans have been pushing onwards, content being made and written, art being finalized. And it seems they plan to keep on rolling into 2021 with a strong force ahead of them.

The major publisher recently announced a new monthly anthology debuting in March 2021. The title? Batman: Urban Legends. But despite the name, Batman won’t be the main focus of the series. The intent is to give the limelight to a number of his allies that roam the streets of Gotham City, watching as they combat the varied threats that lurk around every corner.

Allies like Harley Quinn, Grifter and Jason Todd (or Red Hood, as created by Chip Zdarsky from Daredevil, Sex Criminals and artist Eddy Barrows from Detective Comics, Future State: Robin Eternal) will make prominent features throughout the anthology. In fact, the plan as of now is for Jason Todd to be the focus of the first six issues. Right 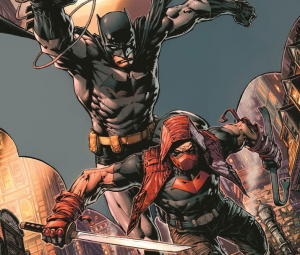 now details are sparse, but we have a synopsis of the first story to be told.

A lethal new drug is sweeping through Gotham City, and Red Hood sets out to investigate. However, what he finds, and what the results are, shakes his entire life from top to bottom and puts him directly in Batman’s line of sight. If this is just the story for the first six issues of this 64-page anthology, then I’m excited to see what else is coming.

“Batman may be the biggest name in Gotham City, but there are lots of other heroes—and villains—who will get a turn to shine in Batman: Urban Legends, a brand-new monthly anthology series highlighting top talent and a mix of new voices making their mark on the city the Dark Knight calls home,” DC Comics said on their website.

They seem keen to stick to this theme. Writer Matthew Rosenberg of Hawkeye: Freefall, Future State: Grifters fame and artist Ryan Benjamin are working together to bring the anthology a new story that puts Grifter front and center. The Wildstorm mercenary will be picking up where he left off in Batman #101, chasing down the truth behind the strange Halo Corporation and not being afraid to confront the Dark Knight if he gets in the way. It’s always exciting to see Batman get into a proper fight, so this should be an interesting part of the anthology.

So too should be the new Harley Quinn story to come out during its run. Future State: 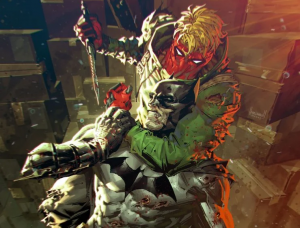 The Next Batman’s artist Laura Braga and writer Stephanie Phillip are working together to make a flashback tale for Harley, based before her own upcoming story being worked on by DC. The focus will be on her search for Poison Ivy, exploring the complicated relationship that the two share. The introspective angle DC has been taking with her recently has been very interesting, so this should be a great read.

That’s not all, however. A three-part Outsiders tale, created by Future State: Outsiders writer Brandon Thomas and illustrated by Max Dunbar from Marvel’s Champions, Dungeons and Dragons, is also on the way. Katana, a mainstay from the group, will be reunited with Black Lightning and Metamorpho as they face down a shadow from her past. Not much detail beyond that, but exciting nonetheless.

So, that’s everything we know about it so far story-wise. What else do we know? Batman: Urban Legends #1 will be coming out digitally and in print on March 16th, with variant covers by David Finch of New Avengers fame and Kael Ngu. The main cover will be done by Hicham Habchi. All this for $7.99. Not a bad price for so many stories packed into one neat 64-page package, right?