Comics aren’t just for kids anymore. From the irreverent humor of The Oatmeal to the heart-wrenching graphic memoir Fun Home, comics have grown up. Not only are comics a great way to help people learn to read, and can also teach people of different ages important life lessons. It doesn’t matter how old you are, comics are for everyone, and there are a lot of genres you can pick from when it comes to comics.

While the idea of “comics” as a periodical format has been around since the late nineteenth century, the modern comic book as we think of it today was born in the early 1930s. The first issue of Detective Comics, colloquially known as “Detective Comics #1” or just “DC #1,” appeared on shelves on March 30, 1937, and while the cover boasts that it contains “newspaper-like stories” (not quite true, as it was more like a pulp magazine), the book was still a massive success. The comic books that followed in its wake and those in the marketplace since were similarly successful. These resulted in a genre that has been around for over eighty years.

You may have heard of old-time guys like Charles Schulz (creator of Peanuts) and Walt Disney (creator of everything Disney). You might even know the names of more contemporary artists like Scott McCloud (author of Understanding Comics) and Will Eisner (creator of The Spirit).

In the world of comics, there are a lot of titles. These days, it’s hard to find new places to get funny. Almost every meme has been done. Almost every joke has been told. Almost every funny comic has been read. The comic book industry is getting bigger and more popular than ever before. And with more and more creators getting in on the act, it’s becoming more difficult to find well-written comics that are as fun to read as they are to collect.

But there are still some gems out there, hiding under rocks that have yet to be turned over. In addition, many films have been based on these type of comic books. And horror films are unquestionably among them. So, you can now relate to the importance of these comic books. However, if you are not a reader, you could always watch movies to get the gist of them. You can also visit websites like hellhorror.com to know the best horror movies ever made and enjoy the taste of the thrills of the same. Comics can help you develop your imagination, but watching movies can give you a rush because of the visual appeal and sound effects.

Anyway, there is a whole new crop of comic artists out there who deserve your attention. Here are three that you probably haven’t heard of but need to read.

Locke & Key is one of the most celebrated horror comics of the last decade, and for a good reason. Written by Joe Hill (Stephen King’s son) and illustrated by Gabriel Rodriguez.

The story revolves around the Locke family that moves into the old Keyhouse family home in the town of Lovecraft, Massachusetts. The family patriarch, Rendell Locke, has been recently killed in a car crash. His daughter Kinsey, her husband Bode, and their children Tyler and Kinsey Jr. have moved from California (where Bode was a mechanic, and Tyler had died in a car crash) to be closer to Rendell’s surviving widow and her son Dodge. The family also gets their longtime housekeeper Eva, who is a witch and is keeping a secret. 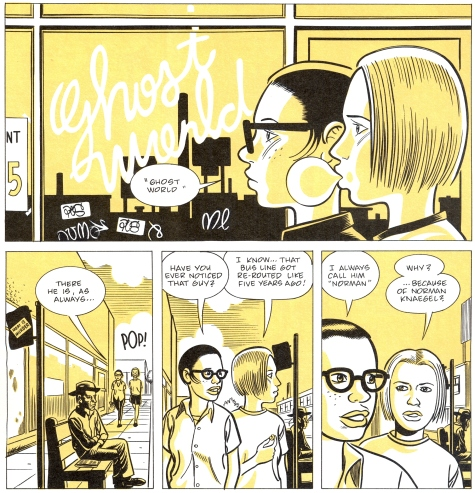 For the casual fan, Ghost World was Daniel Clowes’ breakthrough work, a serialized postmodern coming-of-age story that rocketed him to critical acclaim and celebrity. The book gave voice to a generation: two teenage girls lost in a world of consumerism that they don’t understand and don’t want to.

Ghost World was later turned into a feature film.

If you have not heard the name Charles Burns, then you are missing out on some of today’s greatest graphic novels. Charles Burns has been called both a pioneer of the form and a giant of the genre, and these are apt descriptions of his work. He is best known for his graphic novels Black Hole and its follow-up X’ed Out, which are both set in a dystopian Seattle.

The former tells the story of a group of teenagers living in a strange town where many starts to go insane. The latter focuses on a group of twentysomething friends living in the same town.